Processing of sick leave in Spain 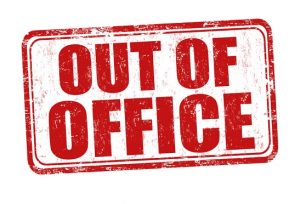 In Spanish companies, workers may sometimes be given sick leave due to illness or an accident (sick leave in Spain). Temporary Incapacity (known by the initials IT in Spanish) is the name given to a situation that prevents a person from working for a certain period of time.

A worker’s period of sick leave cannot exceed one year, however the National Institute of Social Security (INSS) may extend the sick leave by 6 months if it considers that the worker can recover in that period of time.

Regarding ordinary illness in Spain, the decision on an employee’s health is made by healthcare professionals in the public health system, since this guarantees that their decisions are exclusively based on medical reasons.

During a Temporary Incapacity situation, the Spanish Social Security covers part of the worker’s salary which consists of an allowance the amount of which depends on the calculation basis of the previous month; however, for this, the worker must have paid 180 days’ worth of social security contributions in the previous 5 years except where the incapacity is due to an occupational illness, accident at work or outside of work that does not require a previous contribution period.

To calculate the specific amount of the daily allowance in the event of ordinary illness, four stages must be taken into account:

In the event of an accident at work, the amount of the daily allowance is calculated by applying 75% to the daily calculation basis from the day after the accident. This allowance is paid by the Mutua [mutual insurance company] or the INSS.

By Collective Agreement or an agreement between the company and the worker, this allowance may be supplemented at the company’s expense.