Server as a permanent establishment in Spain 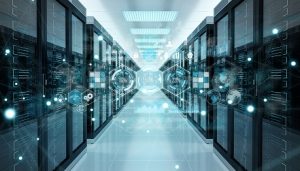 Decision V0066-18 dated 17 January 2018 tackles the following question: Does a server located in Spain constitute a permanent establishment in Spain for the purposes of Corporate Tax?

Concept of permanent establishment in Spain

Article 5 of the Convention to avoid Double Taxation defines the concept of «permanent establishment» as a fixed place of business through which the business activity of an undertaking is wholly or partly carried on. Accordingly, a «fixed place» is considered to be management headquarters, a branch, office, factory, workshop, place of extraction of minerals and works/installations with an implementation period in excess of 12 months. Accordingly, warehouses, storage areas or a permanent place for the collection of information and to carry out for the company any other activity of an ancillary or preparatory nature, are not considered a Permanent Establishment.

For a non-resident company to have a Permanent Establishment in Spain it must therefore have, on the one hand, a «place of business»; like for example installations, business premises or, in certain cases, machinery or equipment. On the other hand, this place of business must be «fixed»; in other words, it must be established in a particular location with a certain degree of permanence.

Bearing in mind this definition, computer equipment at a particular location can only be considered a Permanent Establishment if the requirement of fixed is fulfilled. With regard to a server, what is of importance is not the possibility of it being moved, but rather if in fact it is moved. For a server to constitute a fixed place of business it must be located at a particular place for a period of time that is sufficiently broad so as to be considered fixed.

Whether a company carries out its commercial activity, totally or partially, through the aforesaid equipment, must be examined on a case by case basis, taking into account if, due to the existence of said equipment, it can be asserted that the company has installations at its disposal so as to operate.

What constitutes the basic functions of a particular company depends on the nature of the business it carries out, and that it is an essential part of its commercial activity and is not an activity that may be considered preparatory or ancillary.

If the activities of the company in Spain are merely preparatory or ancillary in the business that involves the sale of products via the Internet (for example, the location is used, as is often the case, to manage a server that hosts a website solely with advertising, for the presentation of product catalogues or to provide information to potential customers), the location shall not constitute a permanent establishment. To the contrary, if the typical functions involved in a sale a carried out from this location (for example, the signing of a contract with a customer, the payment process and the delivery of the products is automatically carried out through the equipment located therein), such activities cannot be considered as exclusively preparatory or ancillary.

Conclusions – server as a permanent establishment in Spain

The conclusions concerning the requirements which need to be satisfied so that a server may be considered a permanent establishment in Spain:

1.) That it may be considered a «place»: a server, insofar as it is computer equipment with a physical location

2.) That it may be considered as «fixed»: a server also satisfies said requirement insofar as it is located at the same place, without actually moving from said place, during a sufficiently broad period of time

3.) That the company carry out part of its commercial activity through this server, highlighting herein that the presence of staff is not necessary

4.) That it may be considered that said server is “at its disposal”: it owns the server or has access to the same pursuant to a leasing agreement

5.) That the activity carried out through said server is not merely preparatory or ancillary, but rather it is used for the main functions which constitute its main business activity (core business).

The decisive criterion for distinguishing between activities that are preparatory or ancillary and those that are not considered as such, is whether the activities of said fixed place of business constitute per se an essential and significant part of the global activities of the company, it being necessary to separately study each case. A fixed place of business with a general purpose that is identical to that of the company as a whole, does not carry out preparatory or ancillary activity.