As of April paternity leave in Spain has been extended 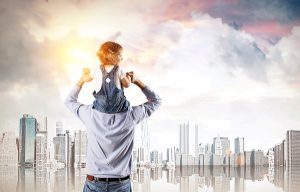 Prior to this, fathers were able to enjoy a paternity leave in Spain of a maximum of six weeks following the birth of a child, but with the entry into force of Royal Decree Law 8/2019, of 8 March on urgent measures relating to social protection and the fight against irregular working hours, paternity leave in Spain was extended to eight weeks as of April 2019. This will increase again to twelve weeks in 2020 and by 2021 fathers will be entitled to sixteen weeks paternity leave. This leave will be non-transferable. Parents will be able to enjoy six weeks of uninterrupted time off following the birth of their child, after which the remaining ten weeks will have to be added that can be distributed over the twelve months following their child’s birth or adoption.

Currently, the first two weeks of paternity leave are compulsory and must be taken immediately after the birth. The remaining six weeks will be able to be enjoyed either immediately after the compulsory two weeks or at any time during the child’s first twelve months of life, on the condition that the employer is given a minimum of 15 days’ notice before taking the time off. This eight-week paternity leave is paid in full and is non-transferable, meaning that the father will not be able to transfer any untaken leave to the mother.

In the case of a multiple birth, fostering, adoption or multiple guardianship, two extra weeks shall be provided for every child after the second. The final week of paternity leave will be able to be enjoyed independently at any time within the first 12 months after the birth of the child.

Paternity leave can be taken full-time or part-time, subject to previous agreement between the employer and employee.

It is important to mention, that when an employee is on paternity leave in Spain, the company can request a tax benefit of up to 100% of its social security contribution for workers hired to replace said employees. This benefit is applied to the contributions made by the company for both employees.

It is also important to mention, that once the interim contract has terminated, the company should not pay the worker any severance pay for having terminated the employment contract.