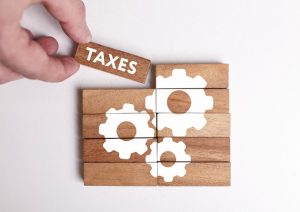 Corporate tax in Spain – Reduction of income for intangible assets

The legislation offers a 60% reduction to income from certain intangible assets. It also clarifies the scope of intangibles to include: patents; formulas; utility models; supplementary protection certificates for medical and plant protection products; and drawings.

The legislation includes a transitional regime to address overlap with the old regime. Taxpayers with licenses for intangible assets issued prior to September 2013 may elect to apply the old regime until the end of their licencing agreement or until 30 June 2021.

Producers meeting the following criteria can receive a tax credit equal to 20% of costs incurred in Spain:

To receive the tax credit, producers must:

The legislation permits tax authorities to audit the conversion of deferred tax assets into claimable amounts. This enables the verification of accounting losses that become active differed tax.

As of 1 January 2018, venture capital entities are exempt from the obligation to make the minimum instalment payment applicable to large companies. This exemption does not apply to repayments for reporting periods prior to 1 January 2018 when the General State Budget Law for 2018 came into force.

The legislation introduces a tax exemption for Port Authorities with respect to the transfer of elements of their fixed assets from State Ports or official credit institutions, provided that the entirety of the transfer is used for loan repayments.

Assignment to activities of social interest

On 5 July 2018, the legislation came into force allowing corporate income tax payers to elect to have 0.7% of their gross tax liability used to fund activities of social interest. This mechanism is like one already used for personal income tax.

For further information regarding changes in corporate tax in Spain, please contact our office.