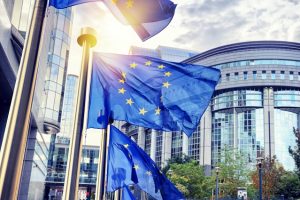 The European Union’s (EU) anti-tax avoidance directive, proposed on 28 January 2016, is to come into legal effect on 1 January 2019. The directive introduces five measures combatting aggressive tax planning which are legally-binding on Member States.

The CFC rule defers profit shifting to a low-tax State combatting a form of aggressive tax planning where taxpayers shift large amounts of profits out of a high-taxed parent company to low-taxed subsidiaries, reducing the overall tax liability of the group.

The CFC rule re-attributed income of low-taxed controlled foreign subsidiaries back to their parent company, thus the parent company is charged income tax in the Member State where it is located. This eradicates the incentives of income shifting.

The switch-over rule prevents double non-taxation, via a form of aggressive tax planning where taxpayers take advantage of tax exemptions, which exist due to difficulties giving credit relief to taxpayers paying their taxes from abroad. Thus, allowing income to enter the EU internal market and circulate untaxed. The switch-over rule combats this tax-abuse by enabling overseas taxpayers to be subject to tax and given credit abroad instead of being exempt from taxation.

Exit taxation prevents companies from avoiding taxation when re-locating assets. This combats a form of aggressive tax planning whereby taxpayers reduce their tax bill by moving residence and/or assets to low-tax jurisdictions. Exit taxation prevents the erosion of the tax bases by placing tax on assets that are unrealised, underlying gains that are transferred without change of ownership out of the tax jurisdiction of a Member State.

The deductibility of interest discourages artificial debt arrangements designed to minimise taxes. Taxpayers may attempt to lower their tax bill by having finance group entities in high-tax jurisdictions owe debts to subsidiaries in low-tax jurisdictions to be paid back with “inflated” interest. The directive introduces a limitation on the interest a taxpayer is entitled to deduct per ta year. Under the directive net interest expenses are only deductable up to a fixed ratio based on the taxpayers’ gross operating profit.

The GAAR acts as a “catch-all” which counteracts aggressive-tax planning when specific rules do not apply. The GAAR aims to combat the unpredictability, and fast evolving elaborate aggressive-tax planning strategies. The GAAR prevents abusive-tax practices by giving authorities the power to deny taxpayers the benefit of abusive tax arrangements, even in the absence of specific anti-tax avoidance rules.